Arnica Montana 200c tablets are suitable for serious injuries, after surgery, and for pain of childbirth.

Injuries: chew two tablets of Arnica Montana 200c at 45 minute intervals for five or six doses followed by 8 hourly for a few days.

Childbirth: Before childbirth, chew one tablet once or twice during the first and second stages of labour. Take a dose as soon as possible after your baby is born and then four hourly for a few days. Continue for three times a day for as long as is necessary.

There are no reviews yet.

Only logged in customers who have purchased this product may leave a review. 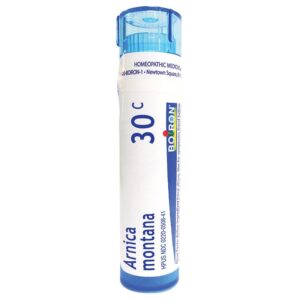