PRANA was formulated by a holistic nutritionist to maximize the absorption of turmeric and solve other problems with turmeric supplementation.  The power of this elixir has helped people combat congestion, inflammatory pain, poor digestion, and many other ailments. My personal favorite is as a replacement for all OTC Nsaids. PRANA is my go-to for postpartum pain relief, post-surgurical pain relief, migraines, headaches, etc. This is one I make sure to always have in my medicine cabinet.

Liquid supplements are also far more effective and bioavailable than pills and powders.  Not only do they often contain a broader range of nutrients, their absorption begins in the mouth and doesn’t rely on making it through the harsh environment of the stomach, thus I have found PRANA to get to work immediately.

What makes PRANA superior to other turmeric supplements?

Its turmeric and ginger roots are from ORGANIC, non-GMO growers in the USA, ensuring maximum freshness and quality of nutrients. For best absorption, turmeric benefits need to be unlocked by three keys: combination with black pepper, addition to a fat, and in liquid form.  PRANA has all three keys resulting in the best way to get your daily dose of curcumin.

Most turmeric supplements only contain a single extract of curcumin. (Think taking a vitamin C pill vs eating an orange.)  PRANA extracts all of the beneficial curcuminoids, gingerols, and natural oils found within the raw turmeric and ginger root.  Consuming all of these natural phytochemicals creates a powerful synergistic benefit.

Not only is PRANA the most effective turmeric supplement, it’s also the tastiest! Other liquid turmeric supplements use harsh alcohol or CO2 extraction methods leaving a chemical aftertaste.  PRANA uses vegetable glycerin as an extract leaving you with a sweet, honey-like flavor, rather than harsh alcohols or CO2 extraction methods which leave a chemical aftertaste that other liquid turmeric supplements have. PRANA doesn’t contain any chemicals, artificial colors, flavors, sweeteners, or preservatives.  They use only natural, nourishing ingredients from nature.

Turmeric is the most effective nutritional supplement in existence.  Over 6,000 medical studies show that is has major benefits for your body and brain.  Used for centuries in Ayurvedic and Chinese medicine, turmeric is nature’s most powerful anti-inflammatory super food.

Turmeric is most commonly known as the main ingredient in Indian curry. Turmeric is a flowering plant the root of which is used for cooking and folk medication. The roots of the turmeric plant are used either new, or dried and used in powder form for cooking. Aside from culinary uses turmeric is hailed for its medicinal utility, specifically for its anti-inflammatory properties.

Curcumin, the active ingredient in turmeric, is credited with providing the anti-inflammatory properties of the root of the plant. Additionally, turmeric has several nutrients and vitamins which are important for a healthy diet. One tablespoon of dried and ground turmeric includes (roughly):

Medicinal Benefits of Turmeric Curcumin Include

Ginger is also one of the healthiest spices on the planet.  It is loaded with nutrients and bioactive compounds that have powerful health benefits.  Together with turmeric there is a powerful synergistic benefit.

Ginger is a common cooking ingredient in Asian and Indian cooking. Ginger is used fresh, dried, or in powder form in the kitchen. The root of the ginger plant is harvested for this purpose. Aside from its enormous popularity as a cooking spice, it offers a variety of medicinal properties which include:

Medicinal Benefits of Ginger Root Include

Ginger has become very popular even in the Western world and is consumed not only as a spice (fresh or dried) but also as an oil and juice. In addition to its medicinal benefits and desirable taste and aroma in cooking, ginger also provides a variety of nutrients and vitamins:

Black pepper has been shown to increases curcumin absorption up to 2,000% and even has its own benefits like boosting metabolism.

Black pepper is a flowering vine which is native to the Indian subcontinent. It is grown for its fruit, which is dried, and used as a spice either whole or ground into powder form. This mineral- and nutrient-rich fruit is not only a widely used spice but also an ingredient in traditional medicine.

Black pepper fruit is also used to help improve the absorption of other elements in Ayurvedic medicine, especially turmeric curcumin which is a potent anti-inflammatory. In addition to the uses as mentioned above, black pepper also has the following vitamins and nutrients:

Medicinal Benefits of Black Pepper Include

Aside from having a variety of nutrients, black pepper contains many antioxidants and helps with the absorption of beneficial vitamins and nutrients when combined with other food items.

There are no reviews yet.

Only logged in customers who have purchased this product may leave a review. 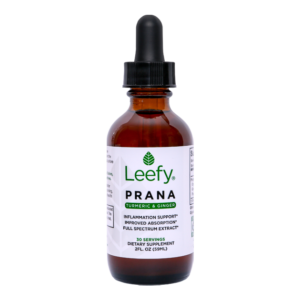